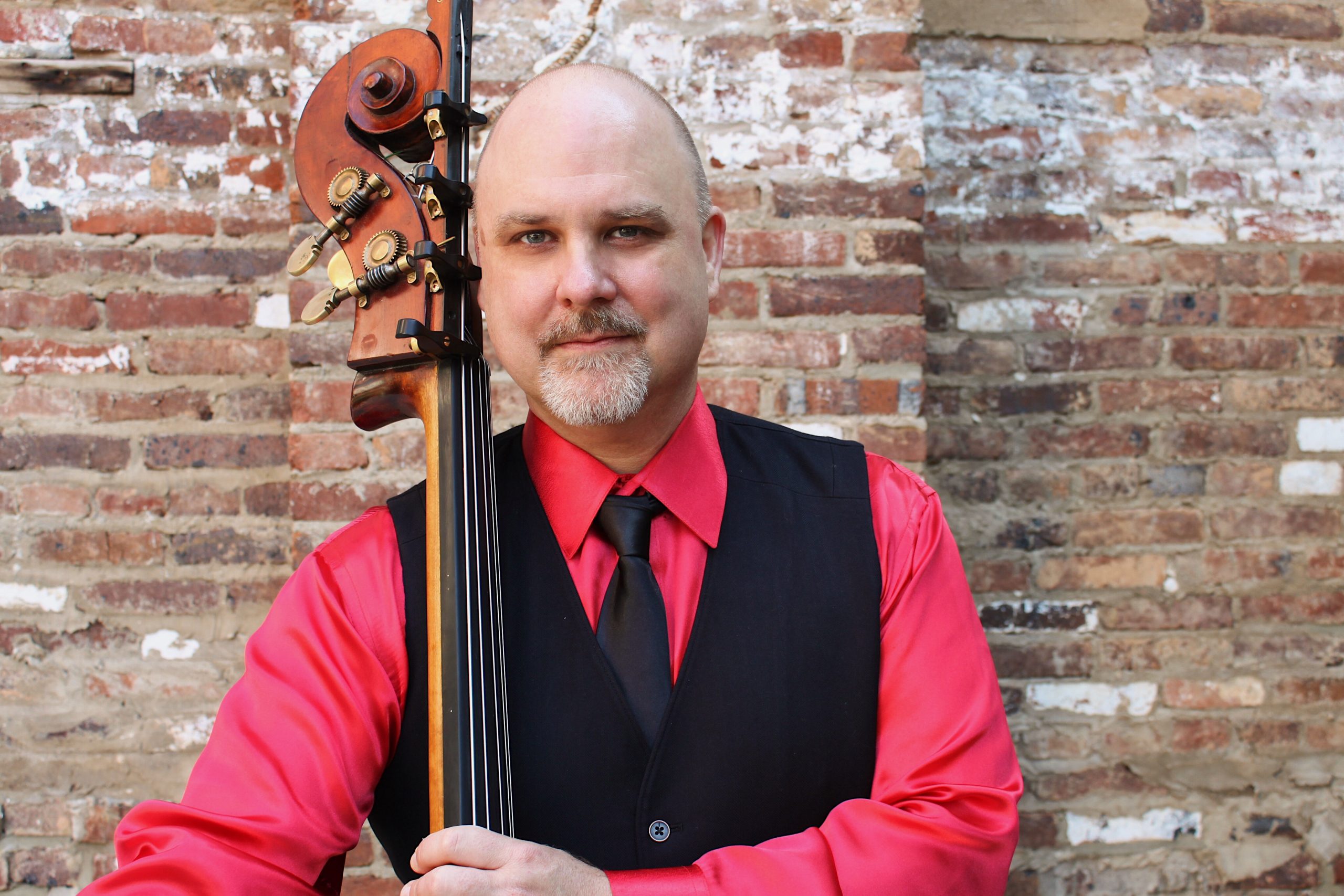 Donovan Stokes Faculty
Dr.Stokes is a Professor at Shenandoah University-Conservatory, former Board Member for the International Society of Bassists, and Artistic Director of the Bass Coalition and their Annual Bass Workshop where he heads a highly selective a one-week Intensive Program for advanced bassists.

Donovan Stokes has presented solo performances throughout the U.S., and in Mexico, Norway, Italy, England, France and the Czech Republic.  His solo recording Gadaha garnered two JPF Music Award rankings for Best Album and Best Instrumental Song. Described as a musician who “paints primary colours and subtle shades to considerable effect” (The Double Bassist), Stokes is also noted for his “eye-popping display of technical wizardry and showmanship” (Madison Jazz).

As a chamber musician he has had the honor of collaborating with musicians Julian Schwarz, Alaria Ensemble, Clyde Thomas Shaw, Fry Street Quartet, Agua Va!, members of the Audubon Quartet, Stuart Malina, Blanka Bednarz, John O’Connor, David Oei and Seymour Lipkin, and others.

A Full Professor at Shenandoah University-Conservatory, he teaches jazz and classical bass and acts as String Area Coordinator. He offers a range of online instruction and has created an Upright Slap Bass Instructional Video available exclusively online. As a composer, he has enjoyed commissions from the DiscoverDoubleBass.com, Berry College Orchestra, Barry Green, Blanka Bednarz, The International Society of Bassists Young Bass Division, the Valdosta Symphony Orchestra and Jerry Fuller.  He is also an specialist in the life and work of bassist and composer Rodion Azarkhin.

Stokes is a former Board Member for the International Society of Bassists, and Artistic Director of the Bass Coalition and their Annual Bass Workshop where he heads a highly selective a one-week Intensive Program for advanced bassists. Visit him on the web at www.donovanstokes.com or find him on Instagram, Youtube, Facebook, or Twitter, 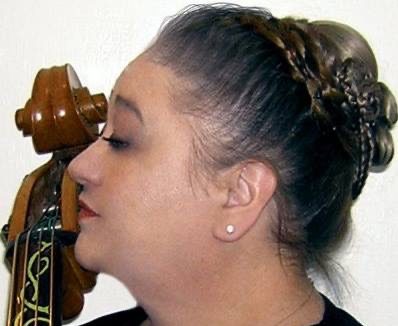 Inez WyrickFaculty
Former International Society of Bassists Board Member Inez Wyrick currently resides in Winchester, Virginia where she is an adjunct instructor of bass at Shenandoah Conservatory,

Former International Society of Bassists Board Member Inez Wyrick currently resides in Winchester, Virginia where she is adjunct instructor of bass at Shenandoah Conservatory, maintains a private bass studio She perviously edited the young bass page of Bass Worldand serves on the board of directors for the Bass Coalition.

Mrs. Wyrick is an internationally acclaimed pedagogue who specializes in pre-college string education and has numerous publications to her credit. An active lecturer, clinician and traveling “911 bass teacher,” she is a regular clinician at the Richard Davis Bass Conference in Madison, WI and the Golden Gate Bass Camp in San Francisco, CA. Previously, she has been on the faculties of Indiana University String Academy, Amarillo College, Odessa College and Texas Tech University Orchestra Camp and was founder of the Amarillo Bass Base, a bass ensemble which held an international reputation. Her students teach and hold professional positions in ensembles and educational institutions worldwide.

In 2001 she was the honored recipient of the “Young Bassists Ambassador” award from the International Society of Bassists. She is married to fellow bassist Dr. Donovan Stokes.  Listen to her conversation with Jason Heath Here. 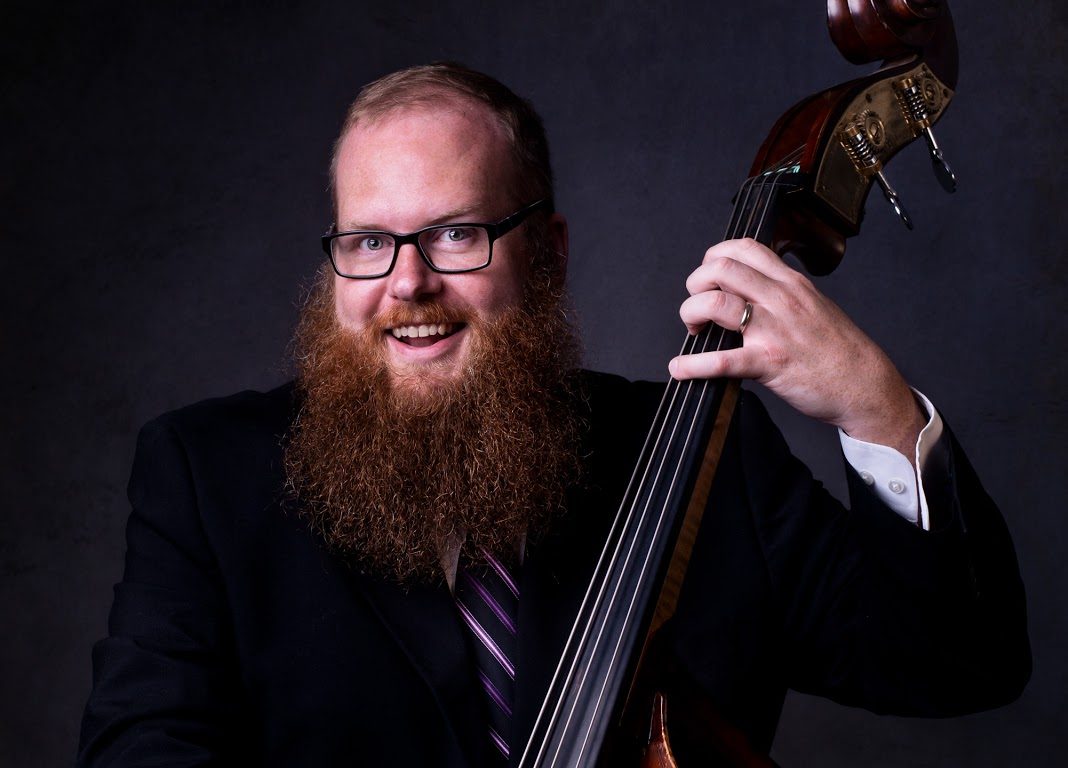 Kevin JohnsonFaculty
Kevin Johnson is not only one of the most in-demand bassists of the dc metro area, but he is also the managing editor for NoTreble.com, the world’s largest online magazine for bassists.

Kevin Johnson is not only one of the most in-demand bassists in the dc metro area, but he is also the managing editor for NoTreble.com, the world’s largest online magazine for bassists. Though his performances revolve around jazz and bluegrass, Kevin is classically trained and appreciates all genres of music, from R&B to metal and everything in between. He is a true bass enthusiast and activist. In addition to writing for No Treble, he is Jazz Division Head for the Bass Coalition, which seeks to foster community and education through promoting local bass events including workshops, performances, and other educational events. He regularly performs with the Caleb Nei Jazz Trio, The Plate Scrapers, singer-songwriter Kipyn Martin and the Bass Duo 2 Bass Hit. 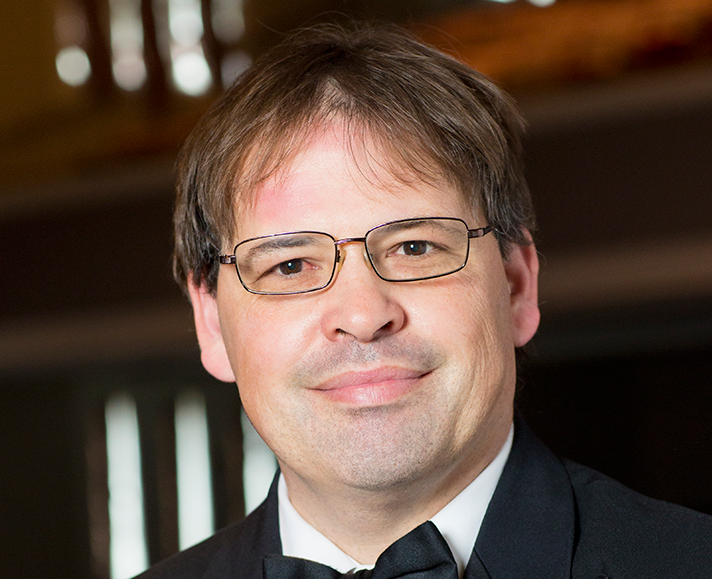 Eric Hanson is currently Director of Orchestras and Artist Affiliate of Applied Double Bass, Music History, and Music Appreciation at Berry College in Rome, Ga. From 1994-2012 he was a member of the Chattanooga Symphony. Prior to coming to Chattanooga Mr. Hanson served as Principal Bassist with the Huntsville Symphony and was an active musician in Milwaukee, Wisconsin, performing frequently as a substitute with the Milwaukee Symphony. Most recently Dr. Hanson serves as Principal Double Bass with the Rome Symphony and frequently performs with other ensembles in the region including the Huntsville, Augusta and Bryon Symphony Orchestras. Dr. Hanson has also performed on the soundtracks for several video games and movies. Other performance interests include chamber music and jazz, where he has performed recreations of Miles Davis’ Birth of the Cool and Dave Brubeck’s Time Out. As a teacher, Dr. Hanson has students from beginner to college levels. Currently, he is also the Instructor of Double Bass and Music History at the University of Tennessee – Chattanooga, Instructor of Double Bass at the Cadek Conservatory in Chattanooga, and Instructor of Music at Dalton State College. He also maintains a private teaching studio in the Chattanooga and Rome areas. In the summer of 2015, he completed his doctoral studies at the Shenandoah Conservatory where his research interests are in early music focusing on contra bass stringed instruments during the time of Haydn and Mozart with an emphasis on the five-stringed Viennese violone. 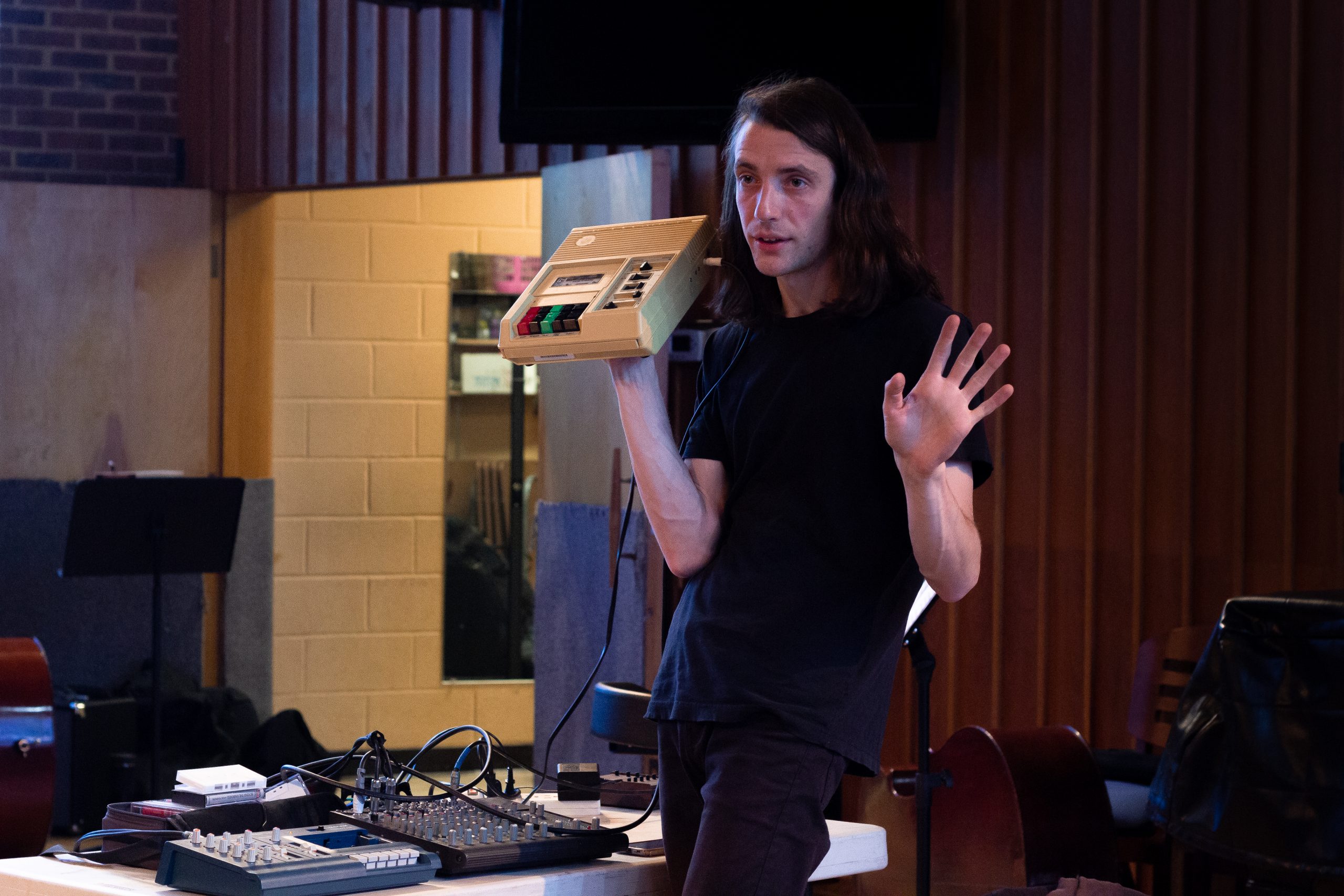 Zach Rowden Faculty
Zach Rowden is interested in the thresholds of acoustic phenomena and performance.

Zach Rowden is interested in the thresholds of acoustic phenomena and performance. The instruments used range from the double bass, electric bass, fiddle, cassette tapes and electronic which are dragged through genres otherwise known as spectralism, drone, American folk, and harsh noise. He is based in New Haven, Connecticut. 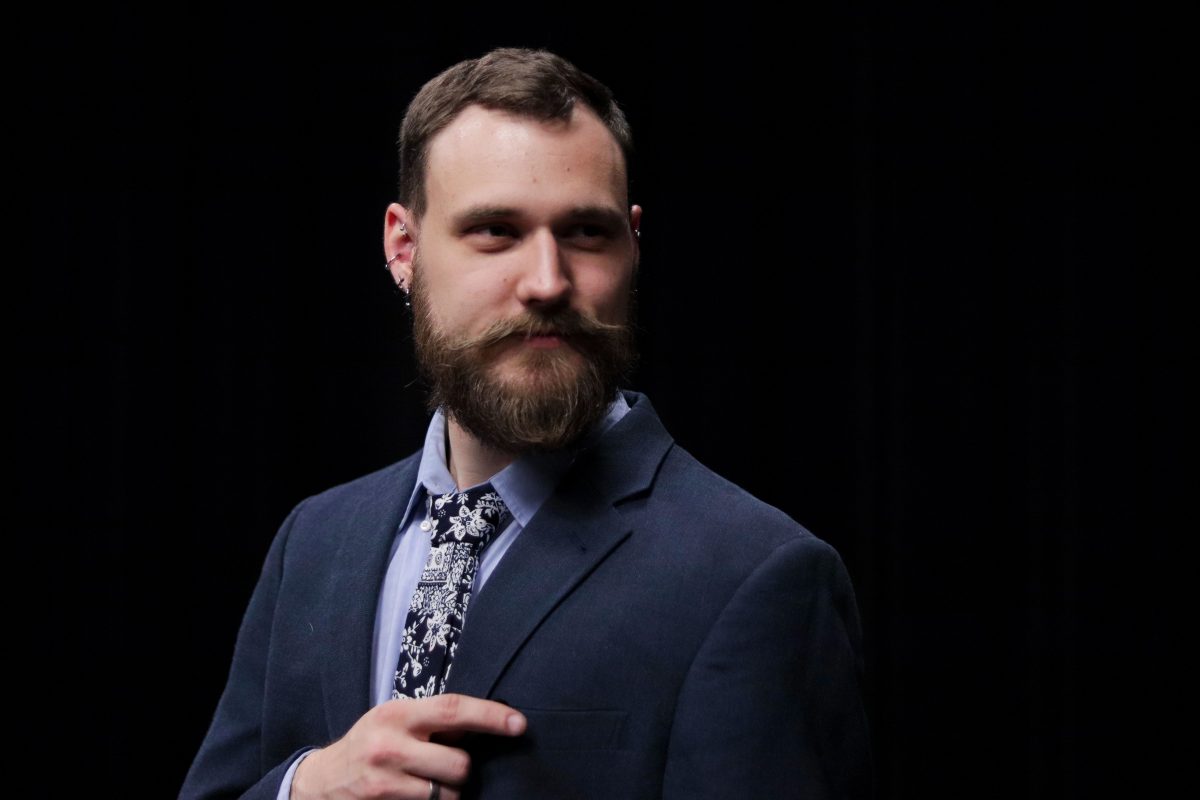 Mr. Ethan Lawrence is a teacher in Loudoun County Public Schools. During his first five years at John Champe High School, the orchestra program grew from thirty-five to over ninety students. Also, during this time, the John Champe Chamber Ensemble has performed for the Ashburn Chapter of the American Legion’s “Loudoun Salute”, at various nursing homes across the county, and alongside the Lebanon Valley College Orchestra. The students have also performed Max Bruch’s “Romanze”, Op. 85, the JS Bach Violin Concerto in E Major – BWV 1042, the Aleksandr Glazunov Saxophone Concerto Op. 109, and the first movement of Edvard Grieg’s Piano Concerto in A Minor Op. 16.
Mr. Lawrence has been playing bass for 19 years and has actively performed alongside various folk and classic rock groups on both double and electric bass. He is also the conductor for the Loudoun Symphony Youth Orchestra’s inaugural season of the Prelude Strings Ensemble.
Mr. Lawrence earned his undergraduate degree in Music Education from Shenandoah Conservatory of Music in Winchester, Virginia and is currently working on his Masters in Music Education at James Madison University in Harrisonburg, Virginia. He has also had the opportunity to study conducting with both Jan Wagner of Shenandoah Conservatory and Foster Beyers of James Madison University. Ethan has also had articles published in both state and national music education magazines promoting the necessity of overlapping popular music with traditional orchestral music in the public school classroom. 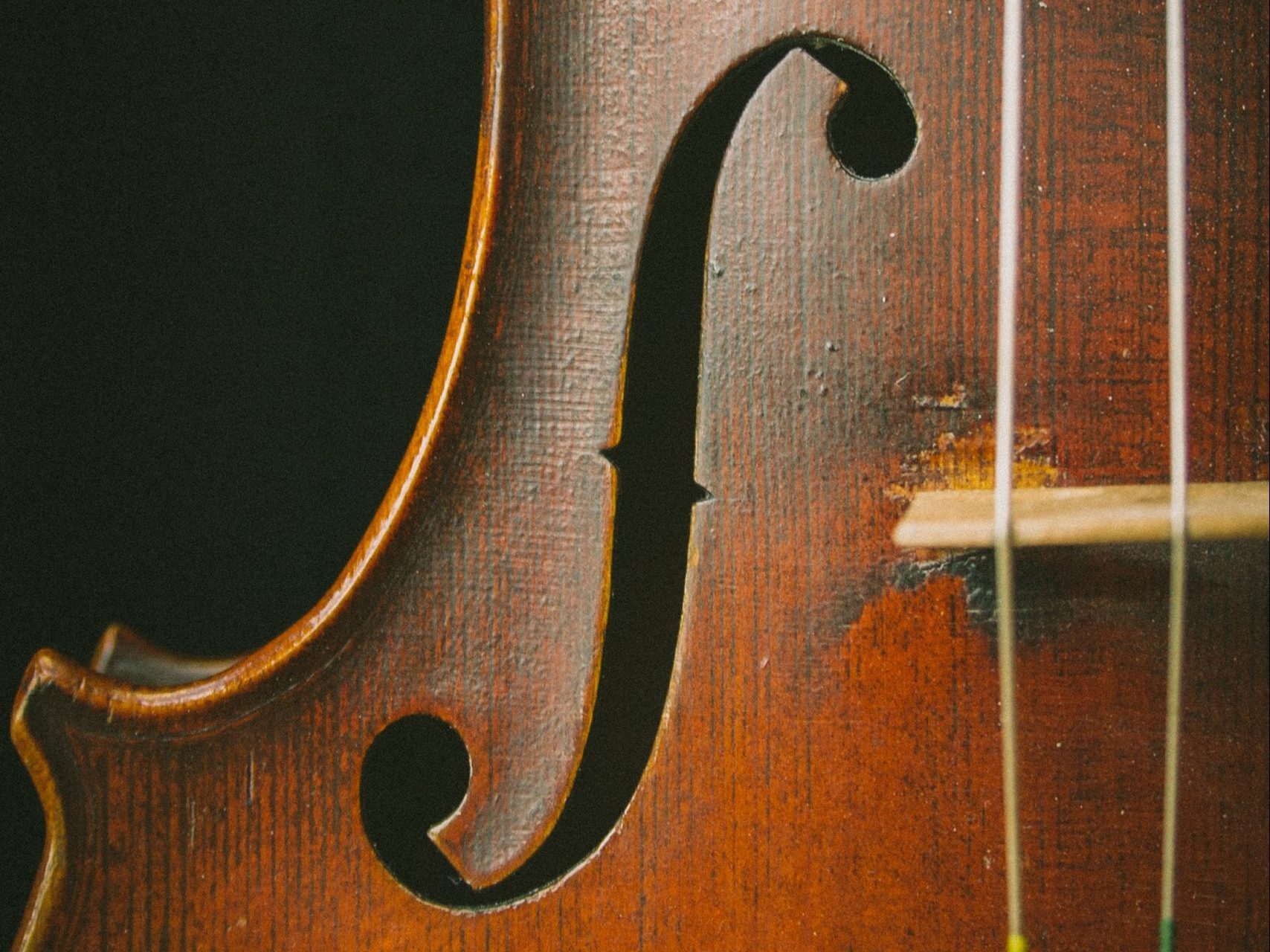 Based in Montreal, double bassist Shanti Nachtergaele is a Vanier Scholar and Ph.D. candidate in musicology at McGill University. Her research interests include historical double bass techniques and performance practices, organology, and practice-based research methods. She presents regularly at conferences throughout North America and Europe and has published in Early Music and The Online Journal of Bass Research. As a performer, Shanti specializes in historically informed performances of music from the 16th through 19th centuries and has performed with ensembles such as the Tafelmusik Baroque Orchestra (Toronto), American Bach Soloists (San Francisco), Accordes! (Oxford), and Les Méandres (Montreal). She studied with Donovan Stokes, Maggie Urquhart, and Rob Nairn, and holds a B.M. in performance from Shenandoah Conservatory, an M.M. in early music from the Royal Conservatoire of The Hague, and an M.A. in music theory and history from The Pennsylvania State University.